30 hours funding… it’s better… but is it enough? by Sarah Neville 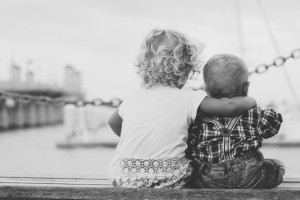 Despite telling us that there wasn’t any more money, an extra £30m has been found to support the introduction of a higher base rate for funded children who will be offered 30 hours funding from September 2017.

At the moment, the funding rate for 3 and 4 year olds varies hugely across the country. Some colleagues receive less than £3 per hour for funded children – others receive around £3.50 per hour if they are Ofsted outstanding graded, living in areas of deprivation, flexible about when the sessions are offered, willing to complete extra paperwork for the Local Authority and able to do handstands… it is good to know that the new base rate will even out these inequalities because Local Authorities will be guaranteed £4.30 per funded child per hour (base rate) and LAs must pass on at least 93% of the funding by 2017-18 and 95% of the funding by 2019–20.

This means that around 80 per cent of local authorities will see increases in their hourly funding rates, with the government setting a “funding floor” to ensure that no authority will see a reduction of more than 10 per cent as a result of the formula.

You can see a quick-read table of the figures on the Foundation Years website.

In addition to the funding, providers will be able to charge parents for extra services – the Govt states that the funded rate does not include ‘the cost of consumable items, such as drinks, meals or nappies, or additional services, such as baby yoga, music lessons and school trips.’ The information states that parents can be charged for these additional services, but ‘you mustn’t make this compulsory for any parents taking up a publicly funded place for their child’.

It will be interesting to see how Local Authority advice varies on this across the country.

We have also been provided with a series of business sustainability resources from Foundation Years including how to manage occupancy, understand costs and a reminder to be clear about our charging policy.

PLA have updated their Frequently Asked Questions to include the funding changes.

Is it enough? I imagine we’ll have adopt a ‘wait and see’ attitude as so often the devil, as they say, is in the Local Authority detail… 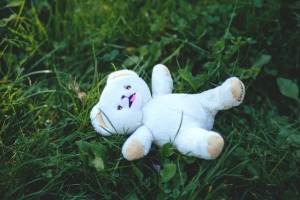 PLA has responded to the Government’s announcement, stating it is a ‘step in the right direction’ but they are still concerned about future sustainability if the figure does not rise in line with rising provider costs.

Providers still have many concerns about capacity with many saying they simply do not have the spaces to offer childcare places for just 30 hours a week term-time only – what will they do for income for the rest of the year? The 30 hours offered term time only are not ideal for many working parents either, especially if they work all year and cannot afford childcare fees the other weeks, so the Government has advised providers to ‘stretch’ the offer over term-time and holiday weeks. However, that in itself raises problems with staffing for group providers and concerns about juggling ratios and complying with indoor space requirements for childminders.

We have already seen thousands of childminders leaving the profession and this may continue … small single-site nurseries will also find it very difficult to remain sustainable as the negative financial impact on their businesses bites harder … bigger nurseries might appear better placed to absorb the funding shortfall, but only if they charge higher fees for non-funded children and make cuts in other places, which many are simply not prepared to do if cutbacks impact on outcomes for the children.

Add to these issues the problems caused by lack of support for childminders independently registered with Ofsted, the introduction of the National Living Wage, current qualifications requirements (under review), Workplace Pensions, increasing costs of consumables, rateable values of property for group providers and utilities etc and you still find an early years sector in crisis.

It is clear to all observers that, without urgent action, many parents who have been promised 30 hours of ‘free’ childcare will not be able to access them next September and many more passionate and dedicated providers will be forced out of the profession they love by a Government which, to many observers, seems to only pay lip service to the needs of the early years sector.