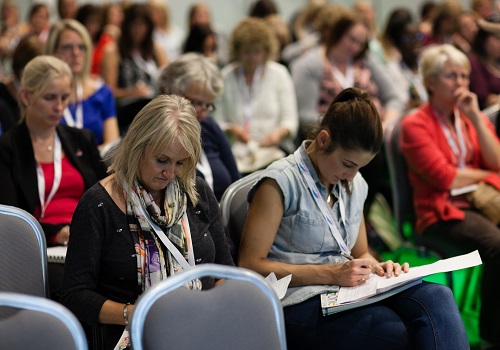 The early year’s exhibition that was born in 2010 at Coventry’s Ricoh Arena has continued to grow year upon year as demands from the early year’s sector have developed. In 2014, organisers Broadway Events added an additional event in London at the iconic venue of Olympia; next March on the 4 & 5, Childcare Expo will return to this venue for its third year.

Childcare Expo LondonVisitors to the most recent London show expressed why Childcare Expo is an important date in their diaries. After Carol Hume from Kiddy Winks visited she said “we have placed orders for items we had discarded when looking in catalogues and online because seeing them made us realise how nice they were” and Rachel Hardy from Little Monkeys Day Nursery said “my colleagues and I were impressed with the variety of stands and services on offer. We certainly came back with lots of ideas to implement”.

Chris Bertin from Christine’s Childcare explained “it’s the first time I’ve attended this Expo and I’ve been in childcare for 15 years … I thought it was excellent and am looking forward to next year’s one” while Sheila McLeod from Sheila’s Childcare simply said “having been once I will definitely be going again next year”.

The 2016 show promises educational seminars from leaders within the early years sector focusing on the current topics and issues relevant to all those working in childcare. Interactive workshops will be available for all visitors to take part in free of charge; the workshops allow attendees the opportunity to try out some new techniques at the show that they can then practice in their own settings. There will also be hands-on feature areas for visitors to explore and the Star Product Award that was launched at last year’s event will be back again for exhibitors and visitors to take part in.

Alongside the London event in March 2016, Childcare Expo will also be returning to the Ricoh Arena in Coventry next September as well as launching at a third location of EventCity in Manchester for the 17 & 18 June.

Click here to register your interest to attend Childcare Expo London and we will let you know as soon as registration for the event opens.