Following on from the Early Years Breakfast Summit by Neil Leitch 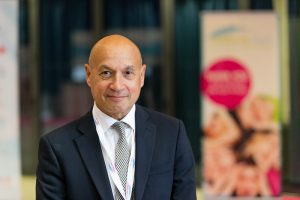 Last month’s Childcare Expo kicked off with a breakfast summit for providers– an event I was fortunate enough to chair. It was an interesting session which touched on many of the subjects affecting the sector in recent years, everything from baseline assessment and ratios to, inevitably, 30 hours.

And it was that, the government’s flagship childcare policy, which dominated proceedings.

The frustration from the floor was palpable. The sector has now spent over 12 months pleading with government to listen to us and increase funding yet, even as parents struggle to find places and settings face closure, ministers continue to look determinedly the other way.

It’s this stubbornness in spite of the evidence which seemed to fire another of the summit’s hot issues: developing a single voice for the sector.

This, of course, is neither new nor surprising – and in an ideal world, all of those campaigning against early years underfunding would be 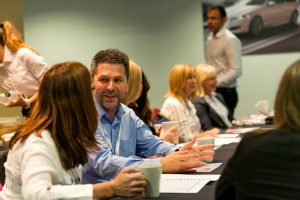 campaigning for the same solution. But that’s not the case. Some, like the Alliance, are fighting for fair, sustainable funding. Others are calling for the 30 hour offer to be rebranded as ‘subsidised’, while there are those who argue that providers should to be allowed to charge compulsory top-ups.

But while a single, united campaigning voice is proving a challenge, my view is that there’s a sense of crisis in the sector and we would do well to converge on where we do agree – that the government needs to accept that the ‘free entitlement’ is severely underfunded – and continue making as much noise as possible until ministers start listening. We need to keep asking our colleagues and our parents to write to their MPs and, via the APPG and other vehicles, keep up our presence in Parliament and Whitehall and ensure we are talking directly with decision makers.

And, for me at least, we must also accept that ‘free’ childcare is going nowhere anytime soon and recognise that, broadly speaking, it’s a popular policy with cross-party support. There’s simply no appetite from politicians to change tack and begin calling it ‘subsidised’, when ‘free childcare’ is a proven vote-winner.

We know that the 30 hours, on current funding levels at least, not only risks denying those children who need it most access to an early years education, but is also driving too many hard-working, quality providers out of business. 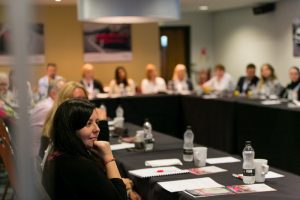 But attempting to change the policy where it’s at its strongest can only ever be an uphill struggle. Instead, we at the Alliance believe that we should be focusing on where the scheme is failing on the government’s own terms. It cannot be right that, at a time when government is continuing to stress the importance of improving social mobility, the 30 hour scheme’s eligibility criteria excludes families on low incomes while widespread underfunding is forcing providers to charge for ‘voluntary’ extras and prioritise places for those who can afford to pay them.

Underfunding is this policy’s fatal flaw. It undermines the government’s commitment to improving children’s life chances and puts hundreds, if not thousands, of childcare businesses at risk of closure. And, unlike asking ministers to abandon ‘free’ childcare, increasing funding can be done at a significantly lower political cost to government.

But, however our arguments for change diverge, our analysis of what is going wrong remains consistent. If we have one job in the coming months it is to get government to recognise that chronic underfunding is failing children and putting settings out of business. If that is what a single sector voice sounds like, then I’m sure it will become a powerful one.