“62p doesn’t quite buy you a first class stamp but this modest sum has averted the collapse of a hotly-anticipated Department for Education pilot scheme” explains Purnima Tanuku, Chief Executive of National Day Nurseries Association. This article was originally published by Huffington post on 2nd June 2016.

“I’m talking about the 30 free nursery hours trial in York, which was boycotted by its participants before it began, hitting headlines in the Daily Mail and the Telegraph. Happily now, things have moved on and this very important initiative is back on track.

After lengthy talks, the Government has now given York City Council a funding uplift to enhance the rate it can offer childcare providers for the Early Implementer Pilot.

This equates to 62p. Or more specifically, 62p more per child per hour.

30 settings in the city originally said no to the Government’s original offer of £3.95 per hour to test out the Government’s flagship policy to offer 30 free hours per week for three and four-year-olds with working parents, ahead of full roll-out in September 2017.

£3.95 might have been doable but the big issue was that there would be no increase in funding for the 15 free hours that children currently receive, which stands at a lowly £3.38, where it has been frozen for four years.

Now a new rate of £4 for all free hours for the pilot has now been agreed and the pilot – the biggest and therefore arguably most important of the eight pilots across England – will go ahead from September.

£4 is still below the level of funding that nursery owners and managers would like to see, to cover all their costs. But all this is welcome news for the nursery sector, nevertheless.

Firstly because it’s a very definite step in the right direction, financially. Crucially, the indications are that the York pilot will set a precedent for the others in terms of the Government, in partnership with local authorities, offering a flat rate in each area for all the hours when children are on the new 30 free hour places.

Secondly, because the pilots will show how 30 free hours actually works in reality. How much it costs, how it fits into nurseries’ business plans, how those extra hours can be accommodated.

Despite all the headway that has been made on 30 free hours since it was announced as a Conservative Party pre-election pledge just over a year ago, nursery professionals still understandably feel like signing up to do their bit to deliver it represents a leap into the unknown.

Put simply, they don’t know yet what the funding rates will be next year and how things will all add up in practice. They don’t know whether saying ‘yes we can’ will lead to them incurring bigger losses and making their businesses unsustainable. We are all looking to the pilots to help formulate the answers.

All eyes will be on these high-profile  trials. Not just in England but also in Scotland and Wales where 30 free hours schemes are expected to follow – the new Government in Wales has just announced this – after England’s full roll-out in 2017.

Pilots are happening in Wigan, Staffordshire, Swindon, Portsmouth, Northumberland,York, Newham and Hertfordshire. York is the largest trial and the only one to encompass all eligible children in the local authority area.

The exercise will cost £13m in total. If the trials are all carefully carried out and thoroughly analysed, this will be £13m well spent.

All being well, the pilots will show how we can ensure 30 free hours is achievable and sustainable for providers in the longer term.

I say this all the time but NDNA and the nursery sector are really, truly keen to work with local authorities and the Government to create the right conditions for this flagship policy to thrive. 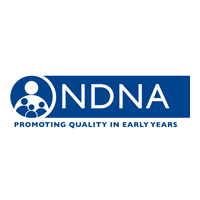 National Day Nurseries Association are exhibiting at Childcare Expo Manchester taking place at EventCity on 17 & 18 June. Click here to register for your free tickets to the show.

A New Era for Childminding?
X
Sign up for our Newsletter
This site uses cookies More info
Scroll to top
LONMANMID