How important is play? By Beth Thomas 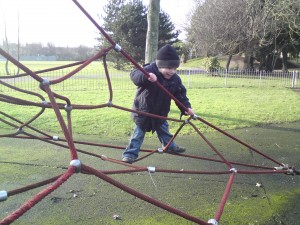 Beth Thomas has worked in a variety of early years settings over the past fifteen years; an out of school play club, as a teaching assistant in a Reception classroom, as a childminder (for six years), as a lead practitioner in a busy day nursery and as a practitioner in a pack away preschool. She is a qualified Early Years Teacher and we welcome here to the Childcare Expo blog. Here she highlights the importance of play and what we can learn from their playful actions…

Having a long history of working in the Early Years, I am aware that creating environments for play is the core nature of a practitioner’s role. Play is something which seems to be squeezed out of our children’s lives in favour of more academic learning and this is something which a huge number of practitioners and researchers are fighting against, not only in the UK but on a global scale.

There is a current uprising in the Early Years sector of practitioners who advocate play as the most valuable way for young children to learn. Australia has seen a large number of extra-curricular tuition programmes for children as young as two years old, pushing maths and literacy; in America there are nursery schools which test children prior to offering admission and in England we see the government pushing for schools to accept children as young as two years old.

Research tells us that children benefit from a preschool education (EPPE, 1997-2003); however, the way in which this education is provided is not always in the children’s best interests. Generally, preschool in the UK has a play based approach and this is (or should be) extended in to the Reception classroom in the child’s first year at school. In Scotland, the Upstart campaign seeks to continue play based learning into Years 1 and 2. The Keeping Early Years Unique (KEYU, 2016) campaign is asking for the government in England to extend the EYFS to age 7 instead of 5 years.

I have been studying methodology in research with young children. I have found that play situations within a location familiar to them seem to be the most effective way to access a child’s thoughts and feelings without putting them under any pressure to answer questions or behave in a certain way. The research that I plan and carry out is based on the assessments I make following a play session with a child, much like the assessment a practitioner would make following an observation in a childcare setting – using this information to plan next steps, although in my case, to answer the research question: ‘what can we as parents/practitioners do to help children through particular situations?’

The debate continues as to the relevance and importance of play as a tool for young children to learn; but alongside this popular debate about how much children can learn through play, I would like to also propose this question: how much can we learn from children through their play? Play is not only a language of children which helps them to uncover and learn about the world, but is also a language we can observe and participate in to gain access to children’s worlds and learn about how they feel. What affects them in good and bad ways? What could make their day better? What do their playful conversations and actions tell us? The world would be a much richer place if play took precedence, not only in the Early Years but beyond. Children could learn so much more, and we could also learn so much more from them.

You can read more from Beth here. 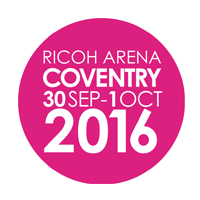