I love being outdoors. I find it very calming to potter around in the garden or go for a walk along the beachfront. As a child, I was always outdoors, building dens or making rose petal concoctions or riding my bike. Obviously, growing up in the Lincolnshire Fens helped this because there was plenty of countryside with huge skies and beautiful sunsets (though not that many trees to climb). The other thing that helped was the weather. Although we would usually get ‘snow days’, because the snow drifts across the exposed roads there, in general the weather would be hospitable.

I hadn’t really considered how lucky we are in the UK with our weather, until I started to do the interviews for the Early Years Summit. I have had the great pleasure over the years of interviewing people in places as diverse as Australia, New Zealand, America, Sweden and France. Sometimes the problems of being outdoors would be raised and on two occasions we have been disrupted by severe thunderstorms in the speaker’s country as we have been trying to record the interview! But this isn’t the only problem.

In parts of Australia they have to take into account extremely hot weather, when it would be dangerous for the children to be outdoors. In addition, they have a host of deadly animals that the children need to be aware of and to avoid. In many other parts of the world the heat can be so extreme at certain times that children are unable to play outdoors. 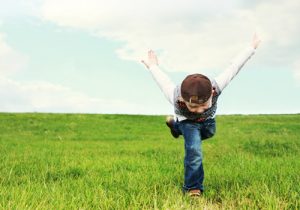 In parts of Sweden and Canada, the snow, ice and cold weather can make going outdoors inadvisable, although their version of ‘cold’ is much more extreme than in the UK. It can also make it dangerous to travel and get about.

Obviously, these countries have methods and strategies for dealing with their own weather. This may be going out at the beginning and end of the day to avoid the extreme heat of the middle of the day. Having warm, waterproof clothes and things like snow tyres means that the outdoors becomes more accessible for children and adults. There are even some benefits, such as actually being able to ‘bake’ mud pies in the sun or having enough snow to build igloos, go skiing and ice to go skating on.

However, it does make me very glad that we may only have a few days or a week a year in the UK when it is impossible to go outdoors with the children. All the rest of the time, it is a case of suitable clothing for the conditions, whether that is wet weather gear, sun cream or warm coats. Sometimes all three in the same day! So, brave those elements and get children outdoors to appreciate the beauty, calm, exploration and discovery that the great outdoors gives us.

Kathy Brodie’s latest book ‘The Holistic Care and Development of Children from Birth to Three’ has just been published by David Fulton Publishers.

Kathy’s current online Spring Summit 2018 has a focus on Outdoor Play and Learning. Find out about all the Summits here: www.earlyyearssummit.com or on Twitter using #EarlyYearsSummit

Early Years Excellence returns for 2018 – Nominate your products and publications...
X
Sign up for our Newsletter
This site uses cookies More info
Scroll to top
LONMANMID