“Emma, do you wanna build with me?”

Questioning, directing, protesting – it’s all so much easier to form friendships when you speak the same language. So imagine not being able to express yourself. Zac snatches a car out of your hands. You can reluctantly but passively let him or aggressively make your feelings known and grab it back. But you can’t explain to the adult who admonishes you that you had it first.

Well-being and language are intrinsically interlinked – we feel safe and included when we can express ourselves. Limited language skills are a risk factor for mental health difficulties later on in life.* 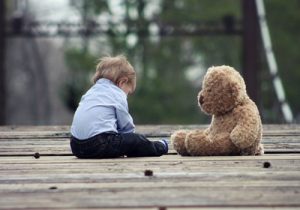 It’s ‘make a friend’ day on 11 February. So here are some tips to ease the burden of social interaction for all children, not just those with language delay.

1) Give them the language; not the solution

Two children are boisterous whilst high-fiving each other. Meg says “Michael hit my nose.” The adult says “that’s not nice, Michael, say sorry to Meg.” By directing the children, Meg missed out on an opportunity to express her feelings to Michael. The adult could say, “What would you like to say to Michael?” The adult can then model effective language if Meg gets stuck.  “You could say ‘I don’t like that Michael – it hurt. High five my hand.’ ”

Cody says to an adult, “I wanna play with the cars.” A directing adult might say, “well, Ahmed is playing with them now. Ahmed, five more minutes and then it’s Cody’s turn.” A facilitating adult could say: “Ahmed is playing with them now – you could ask him ‘can I play with the cars now?’ ” If Ahmed says yes – result! If the answer is no, the adult can facilitate “when will you be finished” or “can we play together?”

3) Give time to resolve disputes

Before you jump in and ‘sort out’ any disputes, allow time for the kids to work it out themselves. When the adult listens to both children, they feel respected. Michael may not have meant to hit Meg on the nose, but if you only listen to Meg, you’ll never know that he was aiming for her hand.

Remember positive social interactions are reliant on good language skills. So, catch good interactions by labelling and commenting what you see. “Tory and James, you are building the road together. Great team work!” “Amy, you gave the book to Mia – that’s lovely sharing.”

It’s easier to spot children when they are not interacting well (!) but commenting on their positive interactions as well as acknowledging and labelling feelings (“I can see that you’re cross”) go a long way to help children to interact with each other.

For more information on this subject, ICAN have a great hangout for sharing with staff.

*Snowling et al (2006) Pyscho-social outcomes at 15 years of children with a pre-school history of speech-language impairment. Journal of Child Psychology and Psychiatry.

Catherine will be hosting a seminar on Friday 3rd March. Be sure to book your seat in advance!

Teaching and Learning in the Early Years – The Onion Approach By Dr Sue A...
X
Sign up for our Newsletter
This site uses cookies More info
Scroll to top
LONNORMID