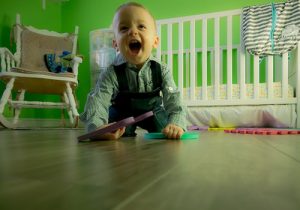 The Government’s new tax-free childcare website has been online since May 2017 and reports state that it has so far cost £35 million with National Savings and Investments being paid £34.3m for ‘costs relating to the development and implementation of the IT solution being delivered by ATOS’.

Providers have been signing up to the new scheme slowly – according to recent reports from the Childcare Voucher Providers Association only a third of early years providers have so far input their details. As a childminder who wants to offer flexibility to parents, I started the process as soon as I received the ‘sign up now’ letter from HMRC. In my experience, the system was not easy to use, the amount of security questions were (in my opinion) ridiculous but I was lucky that it worked because a lot of colleagues have had technical issues which are still not resolved.

Many childminders who have already signed up for the scheme found that their details were made available on the Childcare Works website to parents, despite them having sensitive addresses or having informed Ofsted that they did not want their addresses published. Pre-school Learning Alliance are currently organising a meeting with HMRC to try and resolve this and are looking for childminders to attend a meeting with PLA and HMRC: for more information please contact PLA.

It has not been plain sailing for parents either. In theory, parents open an online account and pay childcare fees into it. The account is topped up by 20% to a total of £2,000 a year – so it is, in effect, tax-free. There have been repeated complaints about the complexity of the website and sign up procedures and some parents money has been held in their accounts due technical issues so providers have been paid late or not at all.

I am not sure if many parents are aware but, while existing users of voucher companies can continue to pay parents with them after April 2018 (if they stay in the scheme and with their current employer), new employees and those who move to a new company will have to use this new tax-free childcare system.

Parents have also reported problems with collating evidence to input into the system – there is a helpline, but many have reported issues with this as well. A further problem is that parents who sign up for tax-free childcare are likely to lose access to other benefits and should be advised to check the online childcare calculator first.

Tax free childcare is, we are told, the future of voucher payments, so if you have encountered problems with your account or if parents have reported technical issues with logging in or sending or retrieving money, it is important that they are reported so the system can be improved.

IT Robot – Learning tool or Babysitter? By Verity Welch