The Advocate for Childhood Part 1 by Sandi Phoenix

Let’s discuss ‘that child’ found in many early learning and care settings. However, let’s not label him ‘that child’, and respectfully use his real name, Jacob. Jacob is spirited, energetic and a non-conformist. When all the obedient children are sitting on the carpet, Jacob is playing with dress ups and refusing his educator’s attempts to control him. When he and other children are happily playing outside then asked to come inside, the other children resign to compliance. Not Jacob. He refuses to abandon his outdoor play time, to come inside and hear a story he has heard a thousand times. He knows that he’ll just struggle to sit still anyway, so the story will be constantly interrupted with his educator’s attempts to behaviour ‘manage’ him into what is perceived by the adults in his room as ‘listening behaviour’. He would much prefer to keep moving, climbing, running and jumping in the outdoor space, as children of his age need to do. So he does. 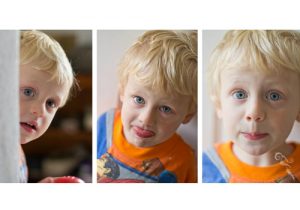 Freedom is a basic human need. Basic. Human. Need. Jacob’s freedom cup needs filling and in a learning environment that is frequently emptying that cup, he becomes superbly creative at compensating for that. He will get freedom. He will insist on it! You see, Jacob is not like many other children who will grudgingly obey. He is not seeking the extrinsic reward in the form of praise from his carer. He is motivated intrinsically to play, move, learn and grow in the outdoors. He has a deep urge to interact with the natural world. When he is outdoors he is wholly in the moment, connected and in flow. He loves the smell of grass as he lies flat on the ground catching his breath, the sound of the wind as it rushes through his hair and the feeling of mud squishing between his fingers. He can wonder for an hour at the movement of a worm, the secret missions of ants, the scuttling of a bug. Jacob has been on this planet for 4 years. He learnt to walk just 35 months ago and has not stopped running, jumping and climbing everywhere with rigour and enthusiasm since. He cannot get enough of what this new, exciting natural world has to teach him.

However, Jacob knows, that at the same time each day his educators will transition all twenty children in his class inside where the children will be herded through a room routine that involves all children sitting, listening, lining up, waiting, hand washing, eating and sleeping at the same time. Once his educators manage to get him inside, the doors will be closed. He will be trapped. Jacob’s strong need for freedom means he despises this feeling. Jacob is outgrowing his midday sleep time. Regardless, he is forced to stay on his bed in a darkened room. Some days he grows tired of the restlessness and falls asleep, while other times he is increasingly agitated and acts out. Each child in this class has an individual rhythm which is not visible because they are not given the time and agency to move through it. Most of these children are accepting of adult’s expectations to be compliant, to obey their every request. Not Jacob. Jacob is an advocate for this group. He will stand strong in his convictions. He is still learning how to get his needs met without impacting on the needs and rights of other people, so his behaviour is likely to be considered disruptive. Nevertheless, Jacob will demand change.

What makes a sensory story different to a story sack? by Joanna Grace