The Bercow Report: 10 years on – has anything changed? by Catherine Jackson 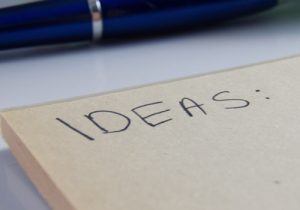 Last week ICAN, the Children’s Communication Charity, and Royal College of Speech and Language Therapists have launched their intention to follow up a major report into children with speech, language and communication needs (SLCN) in England, The Bercow Report.

Bercow: Ten Years On is due to be released next year and the authors are looking to collect information and evidence from children and young people as well as practitioners, managers and speech and language therapists.

The original report set out 40 recommendations to improve services after collecting information from over 2000 sources and the Government launched its response to the review on 17 December 2008.

Some have suggested that the reason children are being failed is that the 40 recommendations were largely ignored or that promises made by the government in their response were not kept. Barney Angliss of the Special Needs Jungle Blog asks “So, given that time and money are scarce, couldn’t they just reprint the report that was published in 2008? Change the date, that’s pretty much it… right?” Given the cuts in budgets for SEN within both Education and in Speech and Language Therapy Departments, he might just have a point.

Ms Gross, former Government communication champion for children, who will be chairing the report has said, “It’s shocking that almost ten years after John Bercow’s report so many children are not being identified in schools when good language and communication skills are so vital for learning.” Whilst it is shocking, it shouldn’t be that surprising. Children’s Centres are closing, and budgets are being cut. If the report is looking for reasons as to why the recommendations from the excellent Bercow report didn’t have any effect, they shouldn’t have to look too far.

Anyone in England can submit their experiences of the ‘reality’ of SLCN support here and I would urge you to do so. Let’s hope that the report has more impact ten years on.

Early Years leaders come together to direct the way