The elephant in the room by Andrea Turner

Andrea Turner left her 15 year legal career to become a well-known and much loved early years mentor, blogger and owner of an established childcare business. Andrea’s

passion has allowed her to grow both professionally and personally over the years and Childcare Expo are delighted to have her on board to share her stories and opinions on the early years sector. 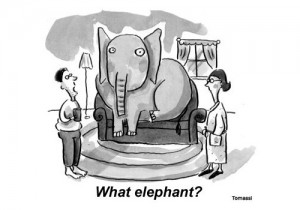 There’s an elephant in the room and it’s not one of those big beautiful grey ones that could quite easily blend into today’s mindfully decorated setting either. No it’s not. It’s more like Elmer the Patchwork Elephant: that multi-coloured, unavoidable pachyderm doing its level best to fit in with his herd. We might avert our eyes and pretend it’s not there, like the beggar on the high street, but it is – and we all know it is. And it’s just as well that men in early years are as equally thick-skinned as Elmer. It’s not that they’re not sensitive to criticism or ridicule (far from it – I have proof) it’s just that they’ve been square pegs trying to knock their corners off so they can fit into the round hole that is the female-dominated early years sector for rather a long time now. But why should they?

Now, like millions of other Dads around the world, my dear hubby was chuffed to pieces when our son came along especially since we’d both endured the tragedy of 2 previous miscarriages. He cuddled him, kissed him, bathed him, dressed him, fed him, changed his nappies and sang to him – nothing remarkable – just doing the everyday Dad stuff. Then came the walk to the park and, like millions of other Dads around the world, he was proud of his little family. So why then did he push the pram with one hand, arm fully out-stretched, like millions of other Dads around the world? Was it wimpy to take his baby out for a stroll? Would he think other men would think he was a bit…well…weak? Soft? Girly even? I had thought it was a generation thing, he being a child of the hands-off, strait-laced, disciplinarian Dad of the 1950s era and me being a child of the long-haired, frilly-shirted, never-smack-your-kids-under-any-circumstances Dad of the 1970s but it seems not. For even Dan Bell and Glenn Poole of InsideMAN, those pioneers of conversations about boys & men, manhood & masculinity have touched upon it and it seems it’s not a generational divide issue at all, it’s a gender identity issue. So, if a man worries about how it ‘looks’ being a hands-on Dad, imagine how it ‘looks’ if he works with babies and young children for a living?

But let’s turn it around the other way. Earlier this month my hubby and I took a trip to Spain. On our return flight we were introduced, as is customary, to our pilot. It was none other than “Blonde Bombshell” Maria Pettersson, the “32 year old athletic beauty”. And you 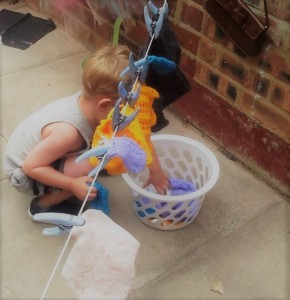 can imagine the quips: “Oh God, ah hope wuh divvint hev tuh reverse” and “Ah hope this plane’s got flamin parkin sensors”. Etcetera, etcetera you know how it goes. Lots of laughs and eye-rolling, lots of tuts and elbow digs in the ribs. Still, she did get a modicum of respect. There were some “wey ayes”, some “gerrin theres” and some “howay man, it’s tha reet bonny Swedish bord yeut iv the papers”. By way of explanation it was a Malaga to Newcastle flight (this north-east dialect dictionary might come in handy right about now) and it might surprise you to learn that Miss Pettersson might well have quite easily understood what her passengers were saying considering 80% of north east dialect is of Germanic or Scandinavian origin. But I digress. Anyway, it’s this event that actually brought my attention to men in early years. I learned that 3% of commercial pilots are women but that’s still more than men in early years, which stands at 2%. This, despite many calls to action to address the gender divide within the sector since oooh right back to the year our son was born coincidentally and right up to just a couple of months ago through the entreaty of that great imaginator, learning enabler and encourager that is Tom Shea. 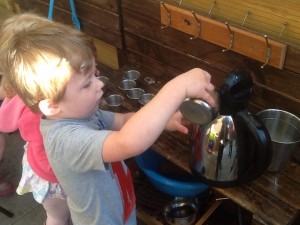 So which ‘childcare expert’ influenced my parenting? Well, Dr Miriam Stoppard’s ‘Complete Baby and Child Care’ was big back in the 90s and my copy is pretty ragged and well-read I can tell you but when I needed to know how to raise a man after growing up in a house full of girls myself I knew I needed the expertise of a man. And then the wonderful Stephen Biddulph came into our lives. Not only was he a Child Psychologist but a Dad too and not one who looked down his nose at us. One who’d made mistakes and was honest enough to admit it. Oh joy of joys. That man helped me and my hubby raise our wonderful little boy into a kind, caring, confident and purposeful man, just as it said on the tin – well, on the inside cover anyway. Gosh I love that man. We desperately need men in the early years sector. Men like Mick McGeown, Tom Shea, Teacher Tom, Scott Wiley and Rob Fox. And not just to do the truck play or the rough and tumble with the boys but to be positive male role models who can challenge the stereotypical view of men as the traditional hands-off breadwinner and to validate their role as hands-very-much-on carers (Ruxton,1992).

References: Ruxton, S. (1992) ‘What’s He Doing At The Family Centre?’ The dilemmas of men who care for children. London: National Children’s Home.

Stay one step ahead with Childcare Expo