The teenoddler whisperer by Andrea Turner

Andrea Turner left her 15 year legal career to become a well-known and much loved early years mentor, blogger and owner of an established childcare

business. Andrea’s passion has allowed her to grow both professionally and personally over the years and Childcare Expo are delighted to have her on board to share her stories and opinions on the early years sector.

Better known as the early years practitioner skilled in taming tots and teens through their everyday struggles and crises using reassurance, gentle encouragement and the odd bribe. 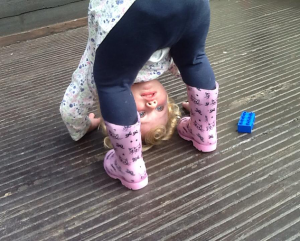 “How do you that?” I get asked that all the time. It can be anything from getting a child to surrender their dummy when they arrive to getting them to eat broccoli, whether they know they’re eating it or not. Heck, I’m still hiding veggies in my son’s food now and he’s 18 in 3 weeks’ time. The typical: “we’re giving Santa your dummy this year aren’t we, Billy?” and the “one more star on your reward chart, Jacie, if you eat all your dinner” kind of bribes just don’t cut it with some kids. What do they care about getting new toys 5 months from now when all they’re bothered about is the here and now? Right now, while they’re having a temper tantrum or even a meltdown in the supermarket because their hairslide has fallen out or you didn’t let them wear their wellies today on the hottest day ever recorded since records began or because they wanted strawberry seedless jam on their toast this morning but you only had raspberry – and it’s seeded. These may not seem like a big deal to us but to a toddler (or even a teenager come to think of it) it can be a catastrophe of epic proportions.

The first is managing behaviour by setting boundaries and applying them consistently. Parents often find this more difficult than practitioners because they usually only have one toddler at a time to handle and it breaks their hearts to see their child in distress. Sometimes it’s just easier to give in just this one time for a quiet life. The danger is that children are extremely good at learning our weak spots, learning which buttons to press, learning what works and what doesn’t. It’s very clever stuff actually. And before we know it, we’re giving in to them every single time and we have a little tyrant on our hands. Practitioners on the other hand are used to working with groups of toddlers where giving in to all of their foot stamping, floor pounding, head banging demands just isn’t feasible. Imagine the chaos? I’m shuddering just thinking about it.

Of course, some kids are a bit more savvy. They’re the ones who’ve tried and tested the whole flinging themselves on the floor and screaming routine and got nowhere. Or they’ve at 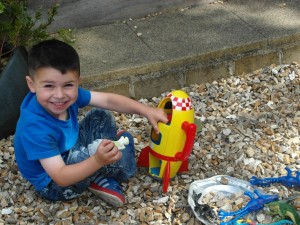 least witnessed other kids doing that where all they’ve got for their efforts is a sore throat and a banging headache. These are the kids who do something really kind or thoughtful right where you’ll see it. They know there’s a good chance they’ll be rewarded for it. Or they’ll throw you one of those belting smiles that just melts you so that we offer them a treat without them even having to ask. These kids will go far in life.

The second is encouraging children to manage their own feelings and behaviour and this is absolutely crucial. Crucial because if we don’t help them to acquire these skills in their formative years then they’re going to get really distressed as they deal with set-backs, disappointments and transitions their whole lives and let’s be honest, people are far less tolerant and understanding when older kids, teens and even adults lose control and kick off. What’s even worse is when bystanders whip out their phones to record it and then share it all over social media and we all know how that can end don’t we? 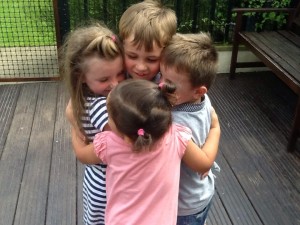 The third is setting reasonable boundaries and working with children so they know what those boundaries are. They have to be able to know what they mean otherwise they’ll always be “breaking the rules” without even realising and this can be really confusing. Also, stick to them yourself. If you keep changing them then kids will just think “why bother?” and they won’t know where they stand. They’ll feel that no matter what they do they’ll always be wrong in your eyes. Not great for their self-esteem as you can imagine. As children get older, these boundaries will probably change and I think it’s always a good idea to negotiate terms with children as they grow since we’re expecting their independence and responsibilities to grow too. And keep on renegotiating them as children mature. Let them have their say too. Some rules you created when they were 4 aren’t going to be suitable when they’re 14. Some will, like always being polite and kind but, being in bed for 7? Sometimes, if you give children the chance, they can often suggest more rigid boundaries than you would have yourself. I remember asking my 11 year old son how long he thought was reasonable to spend playing computer games after school. I thought he’d say from getting home to going to bed and I expected the conversation to go not so well since I had 2 hours tops in mind. What he actually said was from getting home from school to having dinner when Dad gets home, which was about 2 ½ hours. I thought that was fair and so we went with that. I’d just plucked a figure from the air whereas he’d actually put some real thought into it. Impressive. We also agreed what the consequences would be if neither of us stuck to it. We called them fines. He’d not cook dinner on a Thursday night if I broke the rule and I’d not walk the dog for him if he broke the rule. And you know, because it was reasonable and because it was mutually agreed the boundaries were respected. I didn’t ask anything of him in that time as much as I wanted his laundry basket emptying and he didn’t try to stay on longer as much as his friends were begging him to stay online just a bit longer. We wanted to live in harmony together and besides, I liked my Thursday nights off and he hated walking the dog. We both knew it was in both of our interests to stick to the rules.

Yup, it’s those characteristics of effective learning. They just crop up everywhere don’t they?