The fear of many childcare settings to close 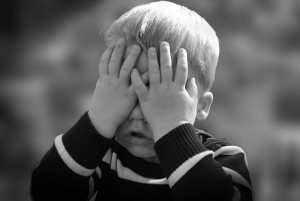 The delivery for the extended 30-hour free childcare entitlement has been a widely-debated issue that has had an effect on all those who work in the early years sector. The increase in minimum wage along with the need to provide pensions for staff has brought upon fear that many established childcare settings will be forced to close.

Following on from our previous article, ‘Nurseries Unite As Government Raise ‘Free’ Childcare’, the petition titled ‘Increase funding rate for 3-4 year olds needing to provide pensions for staff’ closed in September 2016. It received over ten thousand signatures and stated how ‘The cost of running a pension scheme, particularly in small settings which provide high quality childcare, will cause many such settings to close. This is a nationwide problem and will affect our children’s future.’

The Department of Education responded, “Childcare providers are passionate believers in high-quality early education and we want to support them to deliver the best possible outcomes for children.”

“Ensuring that all children access high-quality early education remains a key priority for the Government. The quality of childcare continues to rise, with 86% of settings rated ‘good’ or ‘outstanding’ by Ofsted.” The Government’s aim is for all children to be able to access the high-quality care hence the increased free entitlement. From April 2017, the national average funding rate will increase to £4.88 for three and four year olds, and £5.39 for two year olds. The new average rates were based on the outcomes from their six-month review which can be found here.

The response went onto explain, “We do recognise that our proposals, as outlined in the consultation, are historic and ambitious. It is therefore really important that we get them right so that we can support early years providers to thrive and grow. We are keen to work with those in the early years sector and listen to their views and opinions, and we will be analysing the consultation responses very carefully.”

The petition began in April this year and ran for 6 months. Due to the petition receiving 10,000 signatures, the Government were forced to respond following the extensive media coverage it received along with the backlash from many who worked in the sector.