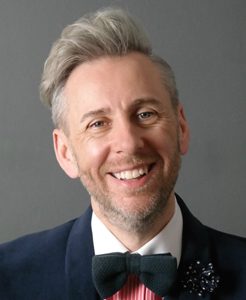 In my role as an Early Years Consultant, I get to deliver lots of training at various conferences. Not only does this make me an expert manoeuvring my way through a buffet, but it also allows me to sneak in and watch the other speakers deliver their training.

What I am not very good at is sitting still and listening for long periods of time so I know if someone has delivered their message well if the time flies by and I haven’t worn the valour off my seat by shuffling on it.

Having said that, I would rather be bored than asked to engage in any form of paired or group role play! My heart literally sinks when I hear the immortal words ‘Now, I want you to turn to the person next to you and…’ This has happened to me so many times that I now find myself consciously checking out the person next to me and mentally preparing myself for the myriad of paired scenarios that might be ahead of us.

Once I have ascertained, to the best of my ability, that I haven’t chosen to sit next to a serial killer(although I appreciate it can be difficult to tell), I then begin my own mantra of personal paranoia. When did I last eat garlic? Have I got a bogey up my nose that they can see but I can’t?

I think I was scarred by ‘turn to the person next to you’ syndrome early on in my teaching career when I went to see a very high profile education consultant speak.

I was one of many who crammed into a conference hall and sat in seats that had been placed far too close together for my liking and personal.

All was going well (apart from the thigh thing) until we got to the ‘peer massage’ section of the day. At this point in my career I was new to ‘turn to the person next to you’ so had no idea what was about to happen. This made the resulting activity even more traumatic.

The consultant in question said, “I would never ask a child to do something that I wasn’t prepared to do myself, and neither should you”. It was while I was considering the enormity of that statement and the impact that it could have on my physical well being teaching Reception, that she then uttered those words;
“So, turn to the person on your left and place your hands on their shoulders.”

At first, I thought she might be joking, but she wasn’t! I then thought that perhaps everyone else in the room would be feeling the same huge sense of horror and despair that I was. But they weren’t! Instead of an audible groan and a mass refusal to take part, there was a significant amount of whooping and over exaggerated laughing (the sort you do when meeting new people for the first time, that can often be mistaken for a chicken about to lay)!

But, like a dutiful delegate, I laid my hands on her shoulders. Of course, if I was laying my hands on that lady, someone must be laying theirs on me. At first this didn’t seem too bad but as the peer massage began it turned out I had the sister of Edward Scissor Hands who seemed intent on not only finding but breaking every bone in my shoulders.

So, if someone on a conference asks you to turn to the person next to you, my advice is to run and run fast!

Alistair will be hosting his popular talk ‘Thrill, Will Skill – Let the children lead the learning’ at Childcare Expo Midlands. Book your seats today!