“We haven’t heard him speak” – Supporting the Reluctant Talker

They are easy to overlook in the busy early years setting – they hide themselves behind a cute smile or else they manage to avoid you, especially if you look like you’re going to speak to them. It’s much easier to focus on the disruptive ones – they demand your attention like no other.

But the reluctant talkers are important ones to spot – as early as possible – because they’re telling you something too. Just as the boisterous ones are telling you they’re finding verbal communication harder than non-verbal physical communication (read that as “hey I was playing with that- DOINK!”)

The reluctant talker might be quiet and unobtrusive but they may as well be screaming “I really need some help here.” They’re telling you that they don’t feel secure enough to talk even though they talk at home. And that’s the first thing you should ask. “How’s their talking at home?” Sometimes, it’s a complete surprise to the parents that their child doesn’t speak at nursery. Other times, parents are concerned at home too and they are relieved that you have asked them. Of course, some parents might get defensive and then become reluctant to engage with you, but that usually depends on how you phrase your question. I’d usually say something like “we’re working on all the children’s confidence in talking at nursery at the moment and we’ve realised Johnny is fairly quiet – I wondered if he’s quiet at home or whether he chats away to you?” If parents say, he doesn’t shut up at home, it’s always good to clarify the kind of language he uses “so if he wants something to eat, how does he ask you?” Then I’d follow it up with “that’s great as it helps us to understand how to encourage him to use that language at nursery.”

ICAN the communication charity has a great developmental checklist and I highly recommend getting it as it helps parents to see what is expected at their child’s age.

We can’t assume either until we’ve spoken to parents so don’t keep it to yourselves until parents’ evening – parents won’t thank you for it! 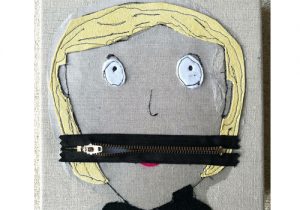 I have a free 3 part video series on identifying why a child might be a reluctant talker and then strategies to support such children you can access it here but I’ll give you the heads up – whichever category they fall into, the reluctance to speak comes from them not feeling safe or secure in their environment and so all of the strategies involve changing your language and your behaviour.

I don’t subscribe to the “let’s give them till Christmas as it’s common not to talk” argument. Humans are sociable, verbal beings in the main unless they have a disorder in communication. If a child has reduced demands placed on them and they feel secure and happy, they will talk. If the language level is right for them, they’ll talk. Let’s change our language to “we haven’t heard him speak yet – he will when he’s ready.” Then change his environment immediately and he’ll be ready much sooner than Christmas.

Catherine is a speech and language therapist who is sharing some of her experience with early years practitioners and parents, in the hope that more children with SLC needs can be supported earlier. To receive blogs straight into your inbox, along with free pdfs, sign up.